Estrela da Favela is located in the favela Mangueira, a name best known from the Carnival. Mangueira is, in fact, the oldest and one of the largest and best carnival schools of Rio de Janeiro. The colors of Mangueira are green and pink. Last year they won the fiercely competed first prize. 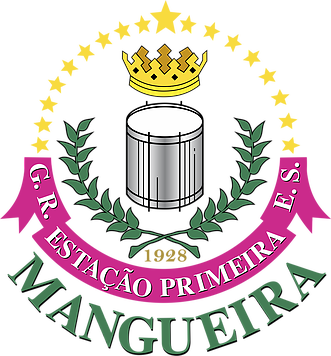 Samba school Primeira Estação Mangueira was found in 1928. Fun fact: it was the first school to let women participate in the Carnival parade. But Mangueira challenged more taboos with regard to women. In 2007 they were the first samba school to let women participate in percussion. Previously only men played the drums. This step forward was received with mixed feelings by the samba schools community.

Every samba school crowns a queen who leads the school. Originally it used to be the most beautiful samba dancer of the hood. Nowadays however, it is commercialized. The biggest samba schools contract pop stars and soap actresses as their queens. Yet, there are other desirable positions for the dancers. In between the different samba sections of a school during the parade, are ‘queens’ (rainhas de bateria). These are highly competed positions.

The documentary Mangueira in two beats, which premiered at the Rio film festival last December, shows the history of these queens. In the documentary a number of previous samba dancers reflects on the harsh living conditions of the past and the pleasure of samba dancing. One of the protagonists of the documentary, a former samba queen, is the mother of two students from Estrela da Favela. Some girls of Estrela da Favela dream of becoming such a queen one day.

Last year a daring carnival parade from Mangueira shook up the famous “Sambodromo". The parade was an outright attack on current political governance and demanded attention for minority groups. A pink-green flag waved in the shape of the Brazilian flag. Instead of “order and progression" it stated “Indians, blacks and poor". On top of that, Mangueira glorified the murdered left-wing politician Marielle Franco. It resulted in a first prize for Mangueira. 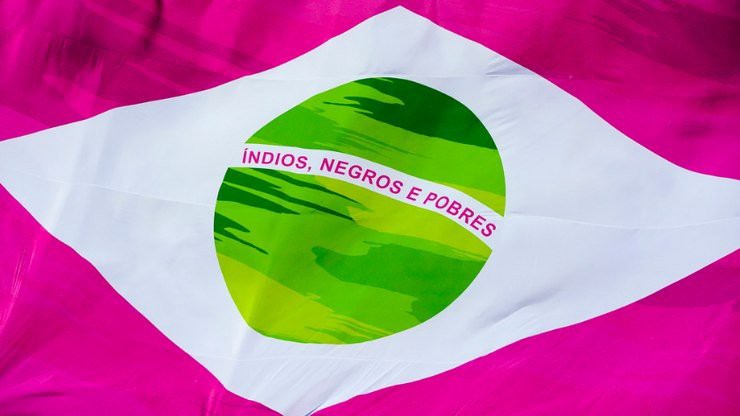 This year we support Mangueira again, together with our kids. On Sunday Mangueira will parade at the Sambodromo.